New Jersey Unit
Albert Einstein, the German-born scientist, spent the latter part of his life in New Jersey.  We decided to focus on Einstein for this unit.  He is considered the greatest scientist of the twentieth century.  He has no concrete connection to the mathematical concept of "Pi" which measures the ratio of a circle's circumference to its diameter which is approx. equal to 3.14159.  However, March 14 (3.14) Einstein's birthday is also Pi Day! I'm definitely not going to teach my 7 & 3 yr old about Pi, but we had fun with circles anyway. :-)

I showed C. how to find the diameter of a circle.  She gathered several round objects from around the house, traced the circles on paper, & then measured their diameters.

We searched through our recycle bin for round objects and placed them in a round plastic sorter.
Then the girls had fun creating a circle collage! 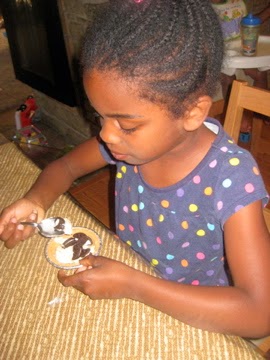 Ohio Unit
Even though we're not on the "O" states yet, we decided to do our Ohio Unit after New Jersey because of another scientist/inventor ~ Thomas Edison.  He was born in Ohio but his 1st lab was in New Jersey. He is considered one of the greatest inventors of all time.

Interesting Facts about Edison:
* He was home schooled by his mother.
* He was partially deaf.
* He proposed to his wife in Morse Code.

We really enjoyed the book "Now & Ben" that we read for our Massachusetts Unit. When I found out that the same author wrote a book about Edison, we checked it out! We liked how the author explained how many of the modern technology we use today is because of Edison's inventions. Some of the things he invented were the phonograph, transmitter for telephones, alkaline battery, & the motion picture camera. But he is mostly known for his invention of the incandescent light bulb! 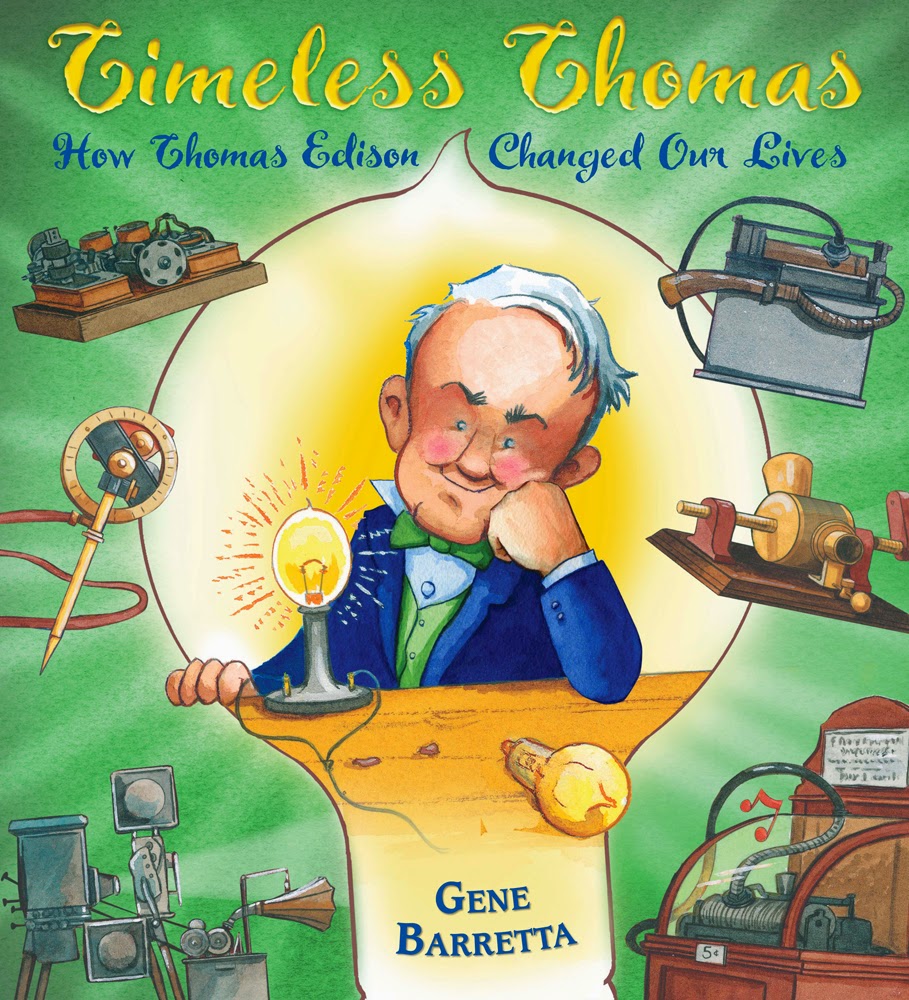 We had 2 light bulbs go out the week of our unit.  The Lord always sets up these things for us by providing exactly what our homeschool needs exactly when we need it!
The girls had fun coloring the bulbs.

We also watched The Magic School Bus Gets Charged: Electricity
Other Books Read - Welcome to the USA: Ohio & A Picture Book of Thomas Alva Edison