South Dakota
It's such a sweet thing to have other homeschool families follow our blog and help us out with our units.  Thank you so much Engresser Family for giving us South Dakota postcards from your family vacation! Why else would we choose anything to study for our South Dakota Unit than Mount Rushmore!!!
Mount Rushmore is located in the Black Hills of South Dakota.
It took 400 men 14 years (1927-1941) to complete this spectacular tourist attraction.
It has the faces of 4 U.S. Presidents (George Washington, Thomas Jefferson, Theodore Roosevelt, & Abraham Lincoln) carved in it.

I found this coin rubbing activity but it was not totally accurate.
Washington is on a quarter, Jefferson is on a nickel, & Lincoln is on a penny.  However, Theodore Roosevelt is not on a dime.  It's actually Franklin Roosevelt (his distant cousin).  So, we decided it was alright to do this activity since they're in the same family. :-) 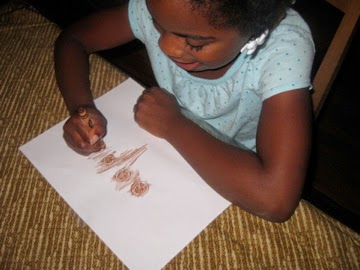 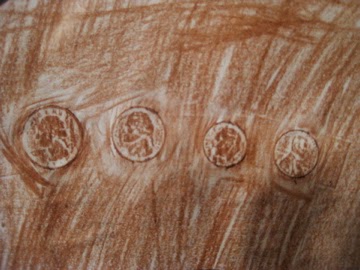 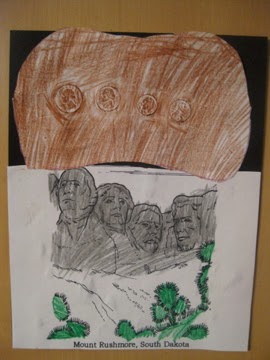 God-Incident: Several months ago, one of the moms in my homeschool support group gave me a bag with a View Master & many viewing reels. I put the bag in the closet without even looking at all the reels.  During our South Dakota Unit, I happened to find the bag and when I looked in it, I saw a BlackHills, South Dakota Reel!!!
The girls had as much fun looking through the View Master as I did as a kid...and even now as an adult. :-) 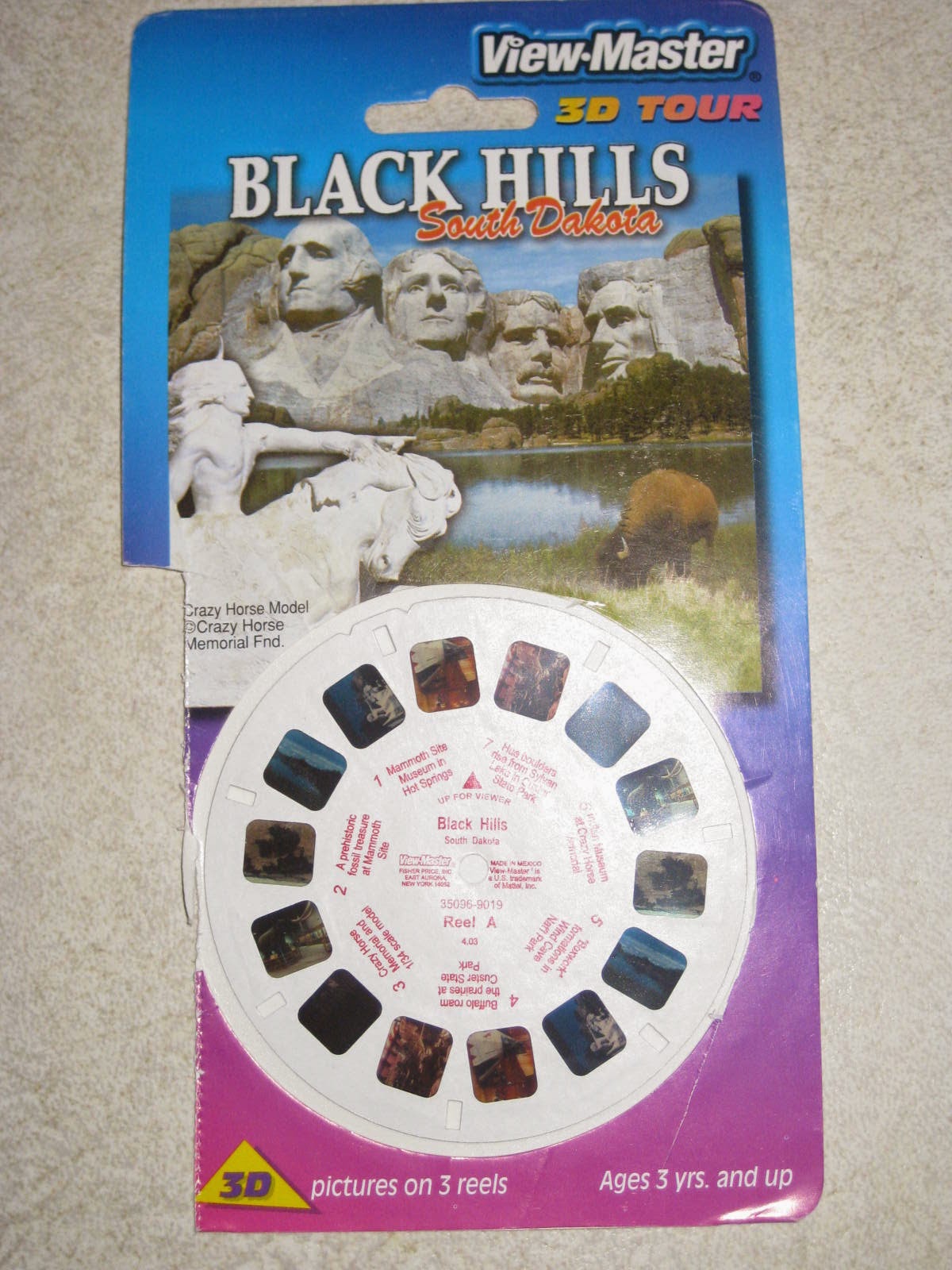 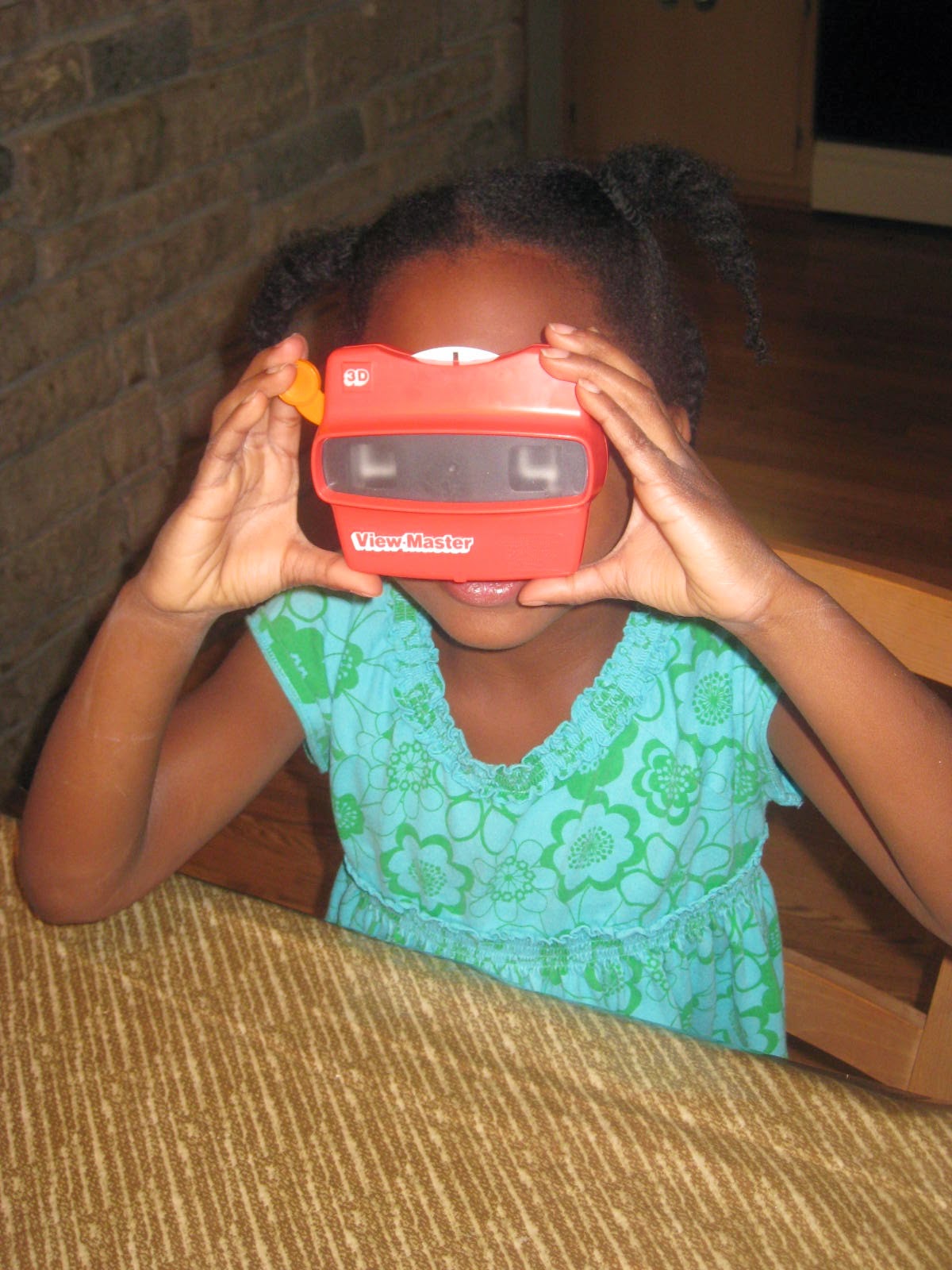 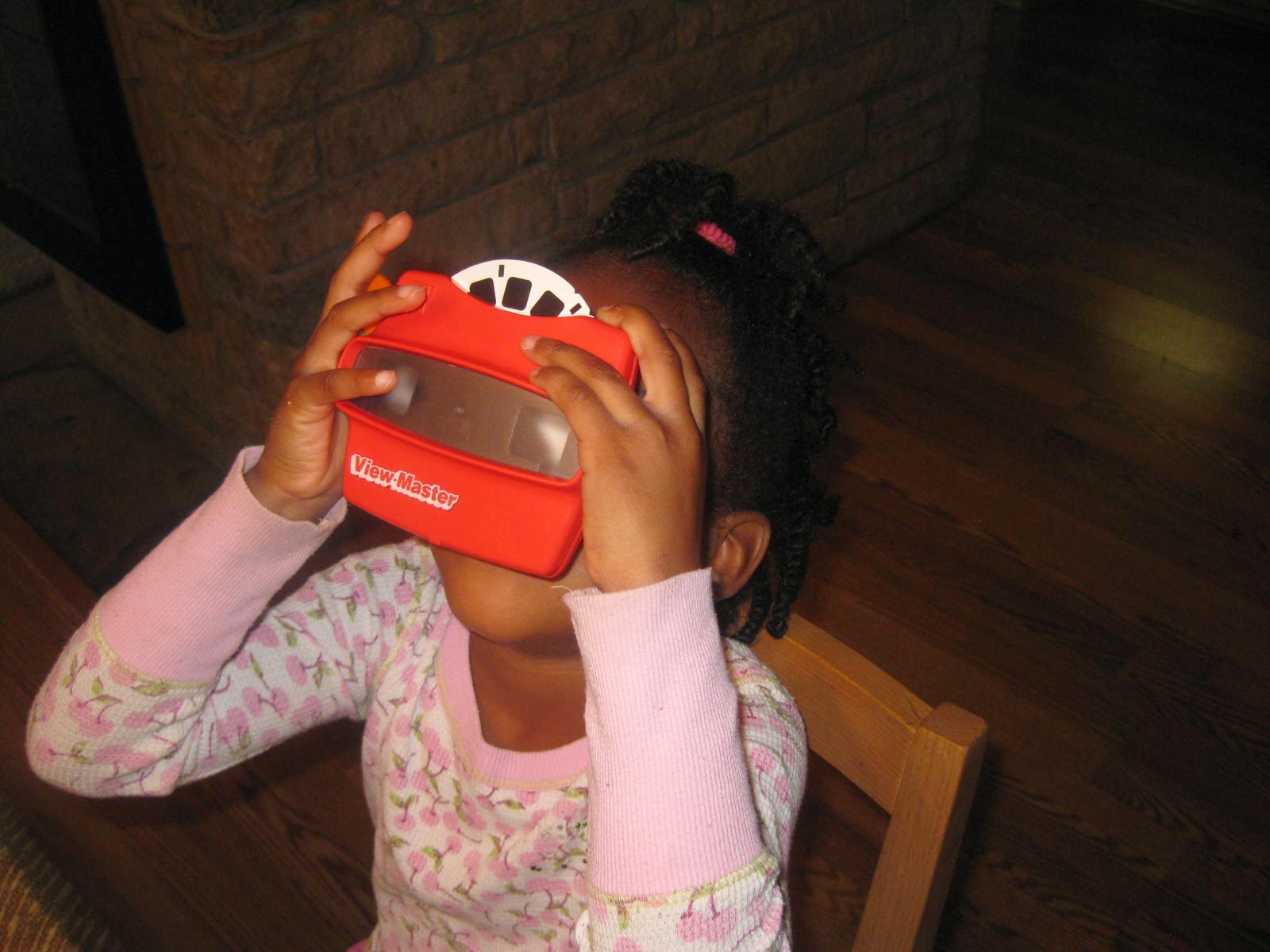 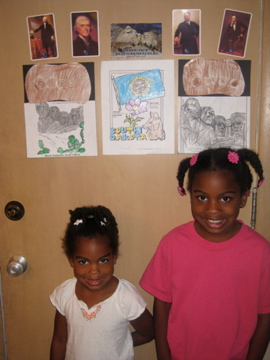 Pennsylvania
We thought it was fitting to continue studying Thomas Jefferson for this unit. He is one of our country's Founding Fathers & the 3rd U.S. President. He is best known for writing a draft for the Declaration of Independence which was then revised & approved by 5 others including Jefferson.

This sign is found at one of my favorite stores in TX ~ Hobby Lobby.
That's my favorite quote from Thomas Jefferson. The Liberty that we have in this country may eventually come to an end especially for us believers in Jesus Christ. However, our Liberty that we find only in Christ will last forever! 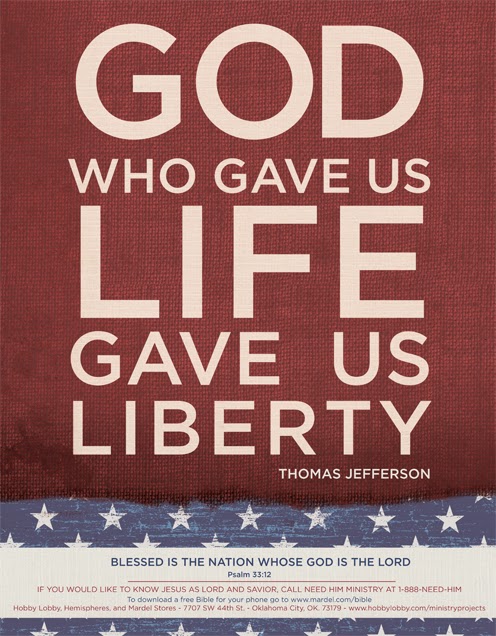 Activities: All About the Nickel (from our Colorado Unit) & Coloring Sheet
Books Read - A Picture Book of Thomas Jefferson & When Mr. Jefferson Came to Philadelphia 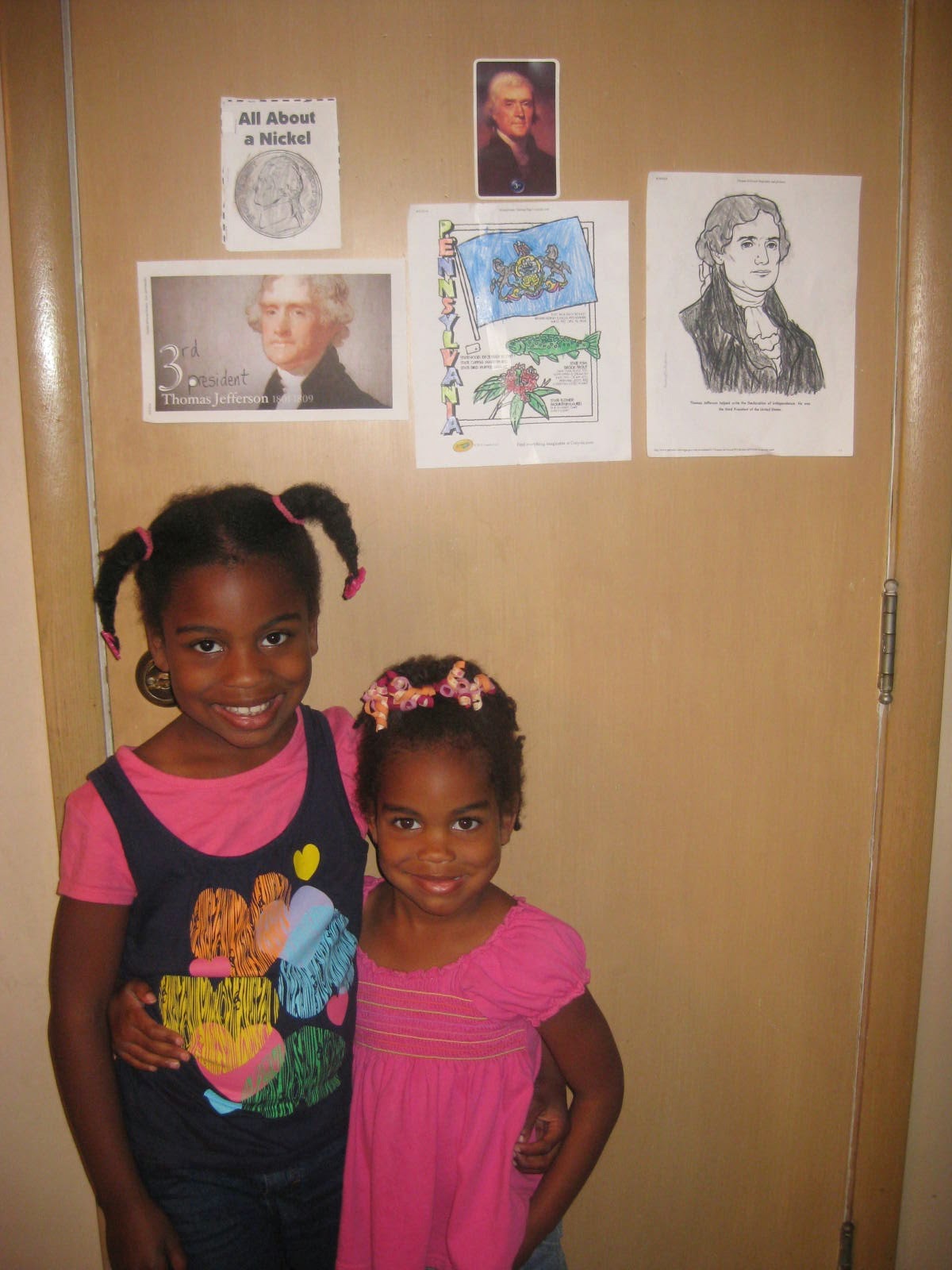 Washington
Guess who we studied for this unit??? George Washington...no brainer huh?!? He was this country's 1st President and one of the Founding Fathers.
He definitely has a famous face. He appears on... 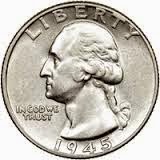 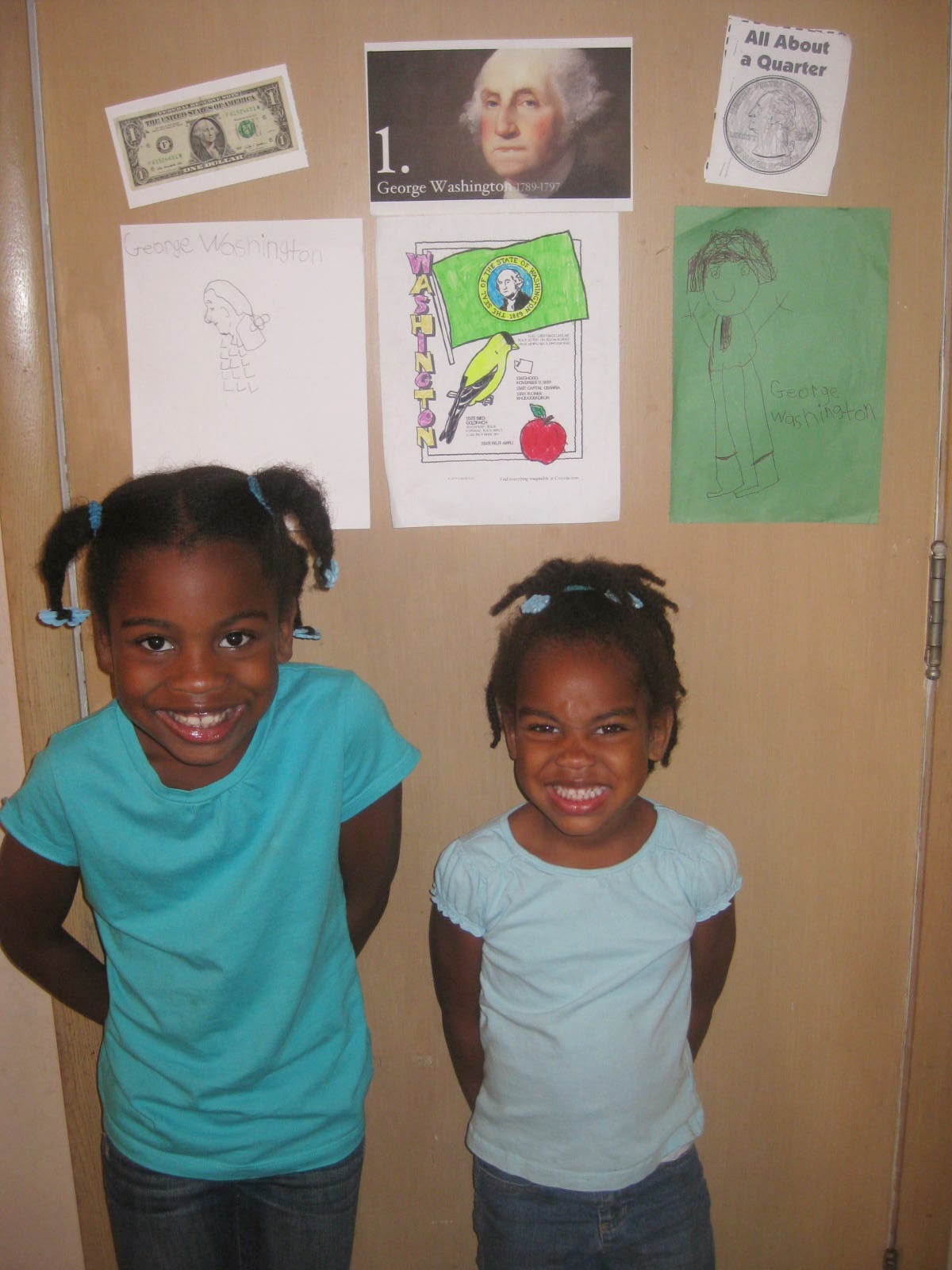 From Sunflowers to Peaches...Thanks Bees!

North Dakota Unit
North Dakota is the nation's top sunflower grower; producing 50% of the U.S. crop.  Before attending the Family Retreat, we had already planned to focus on sunflowers the following week.  Let me tell you...God delights in bringing even the smallest blessings to His children! We were driving away from the retreat & all of a sudden we saw fields of sunflowers!  We must have missed them on our drive up.  I couldn't control my excitement!  I started taking photos from the van.  Then my sweet hubby decided to pull up next to one of the fields so that the girls & I could get out & get a closer look. None of us had ever seen so many beautiful sunflowers. That was definitely a memorable family moment!

This photo is not as vivid because it was taken from the van; but I wanted you to check out all that yellow; the sunflower fields were massive! 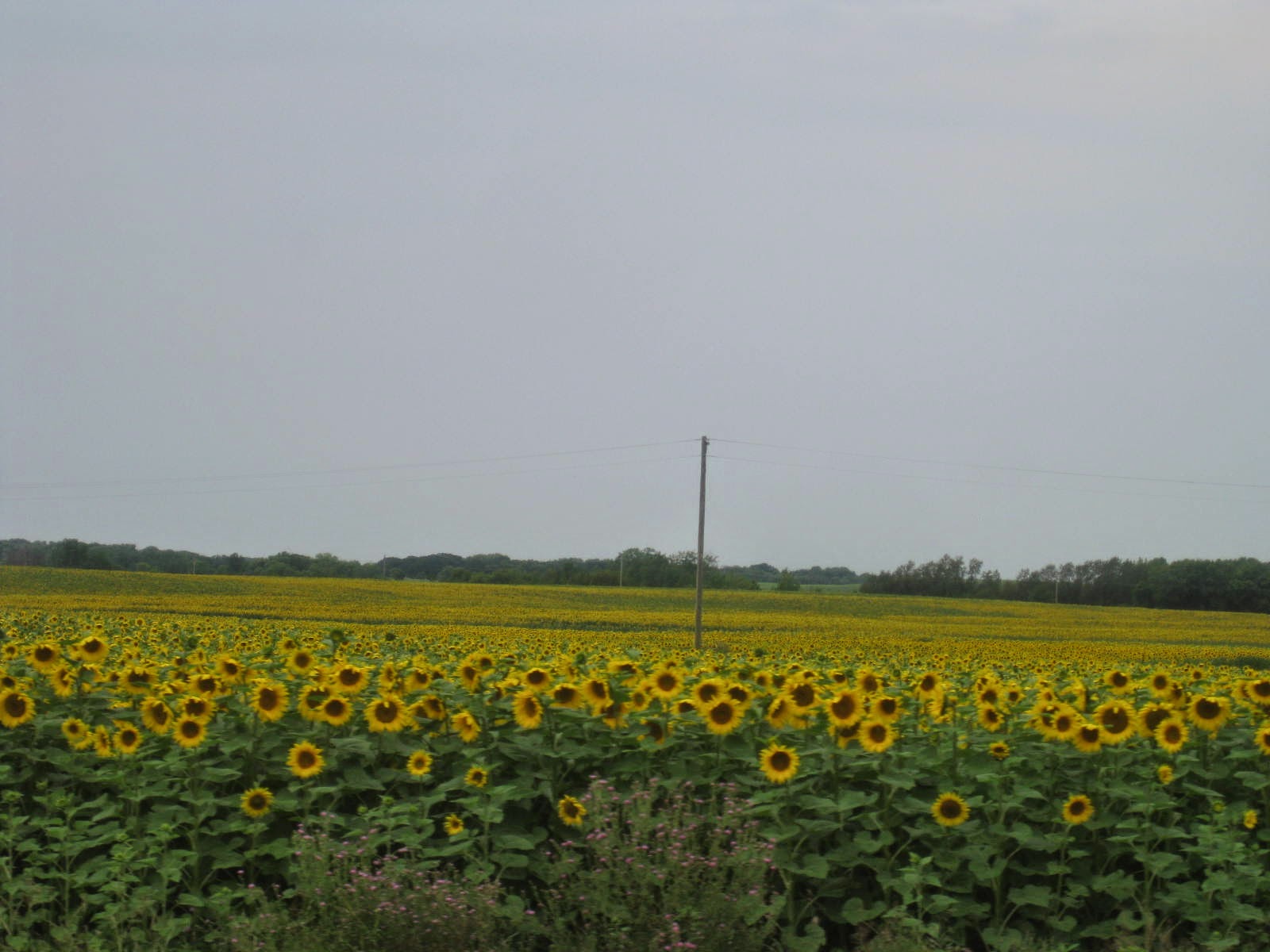 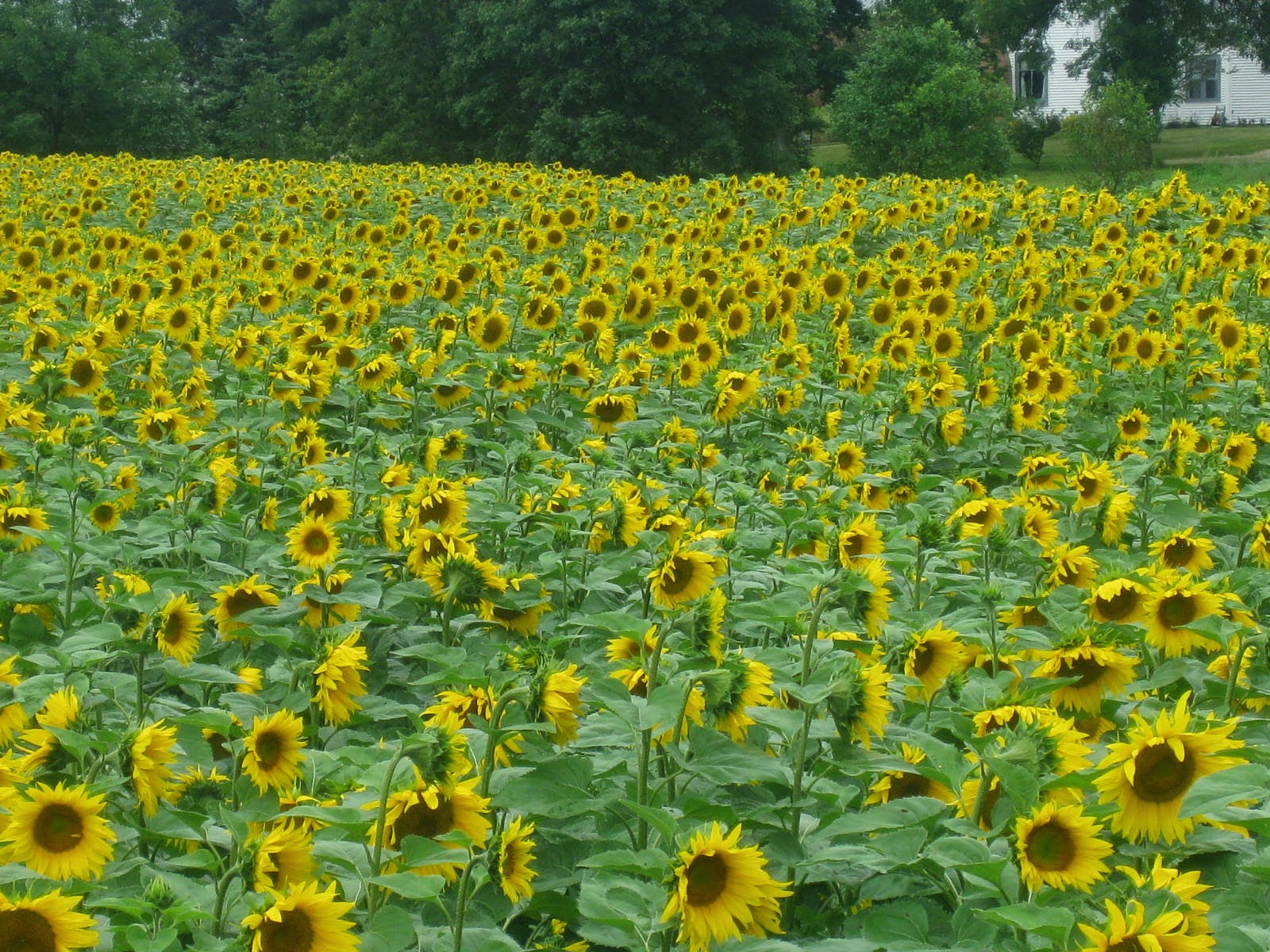 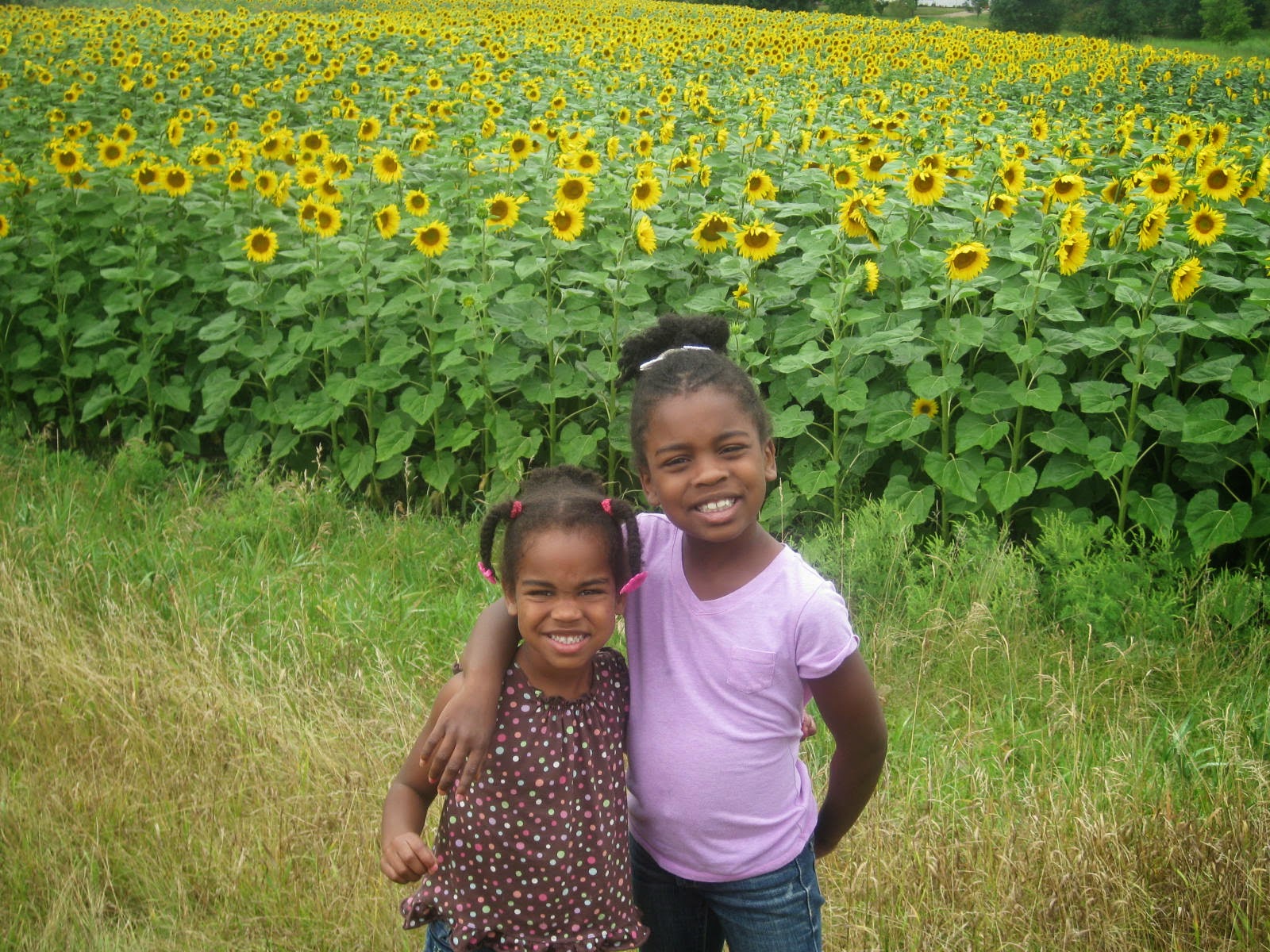 I also found this personalized sunflower activity to do. 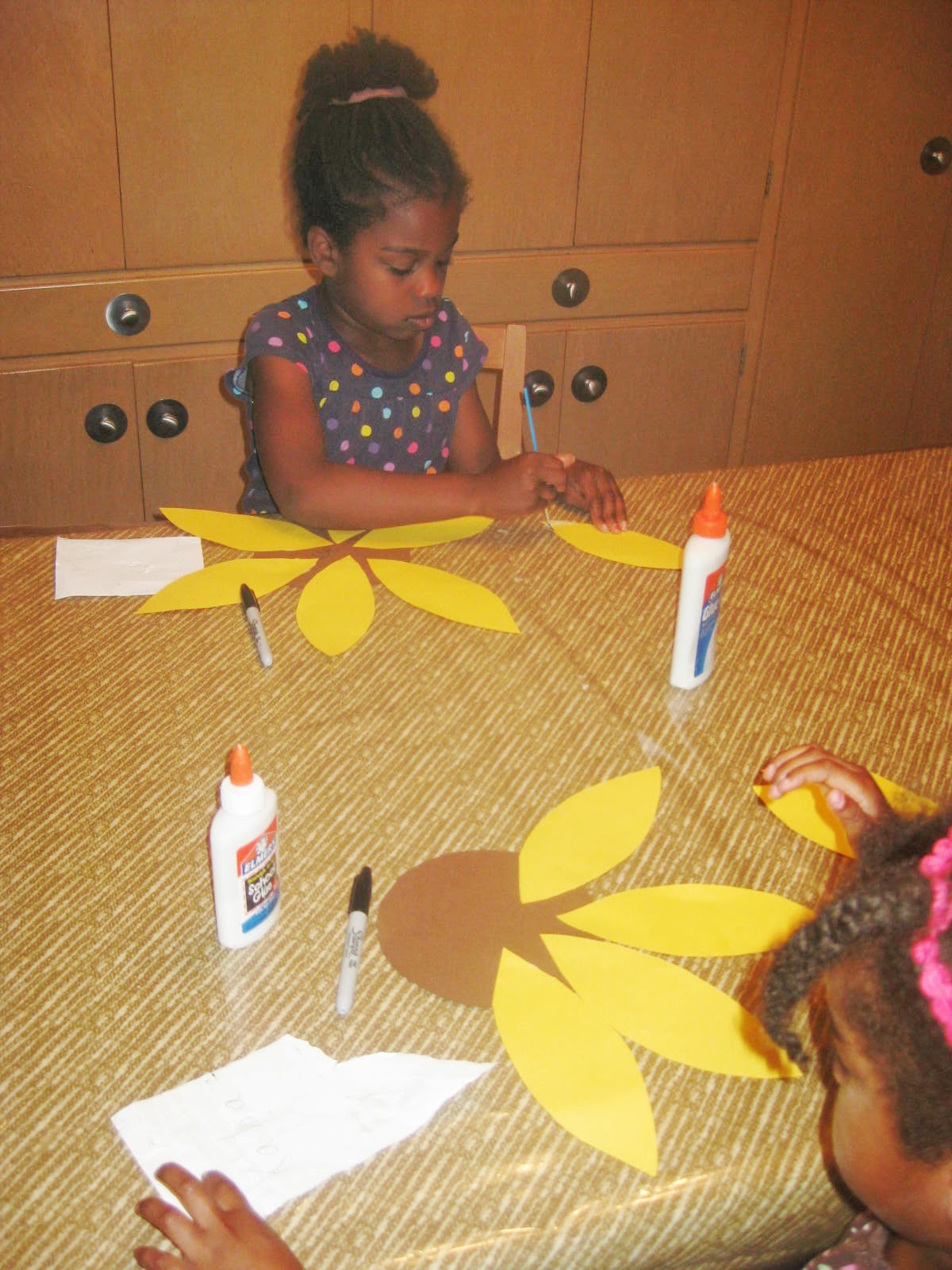 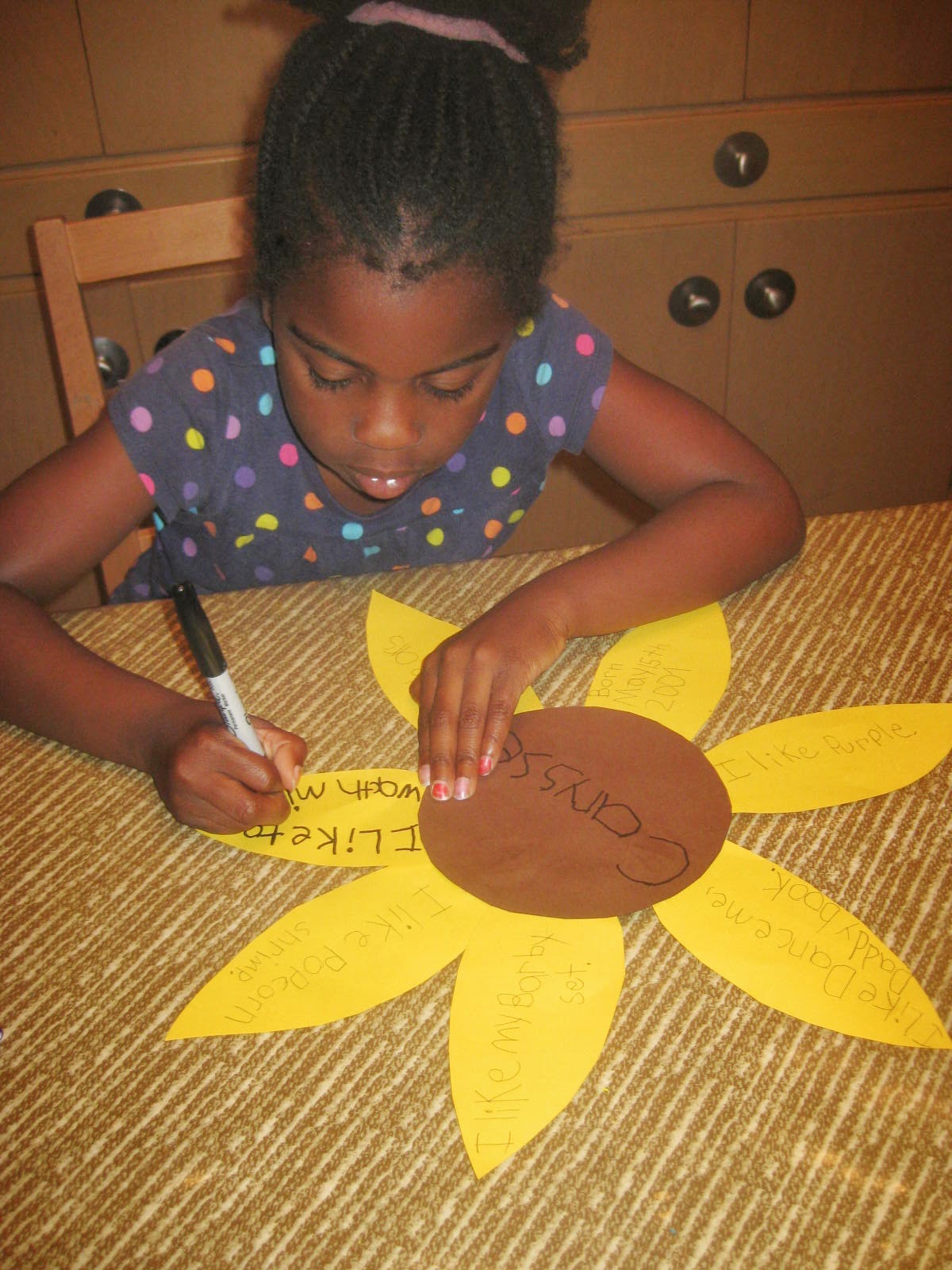 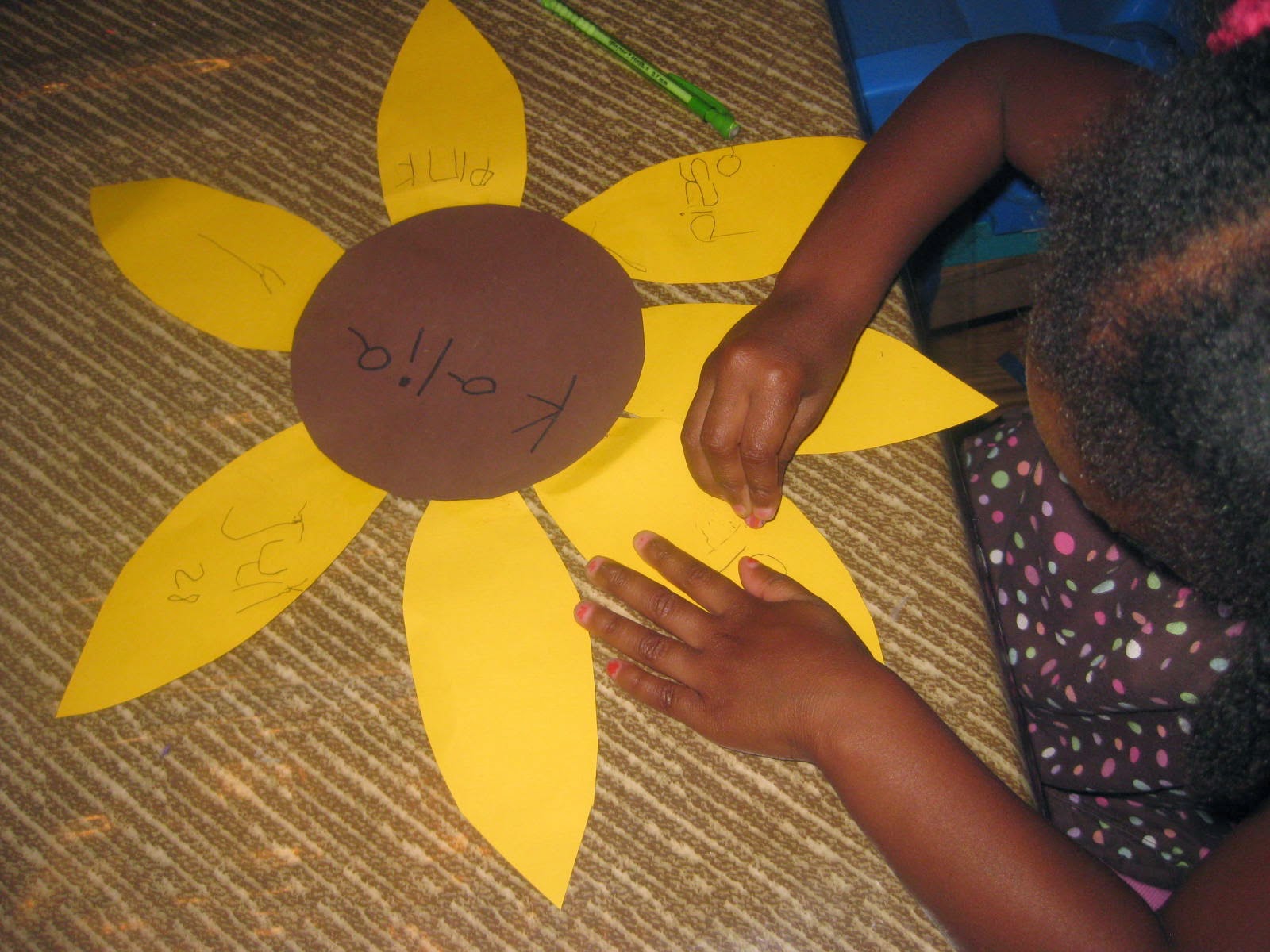 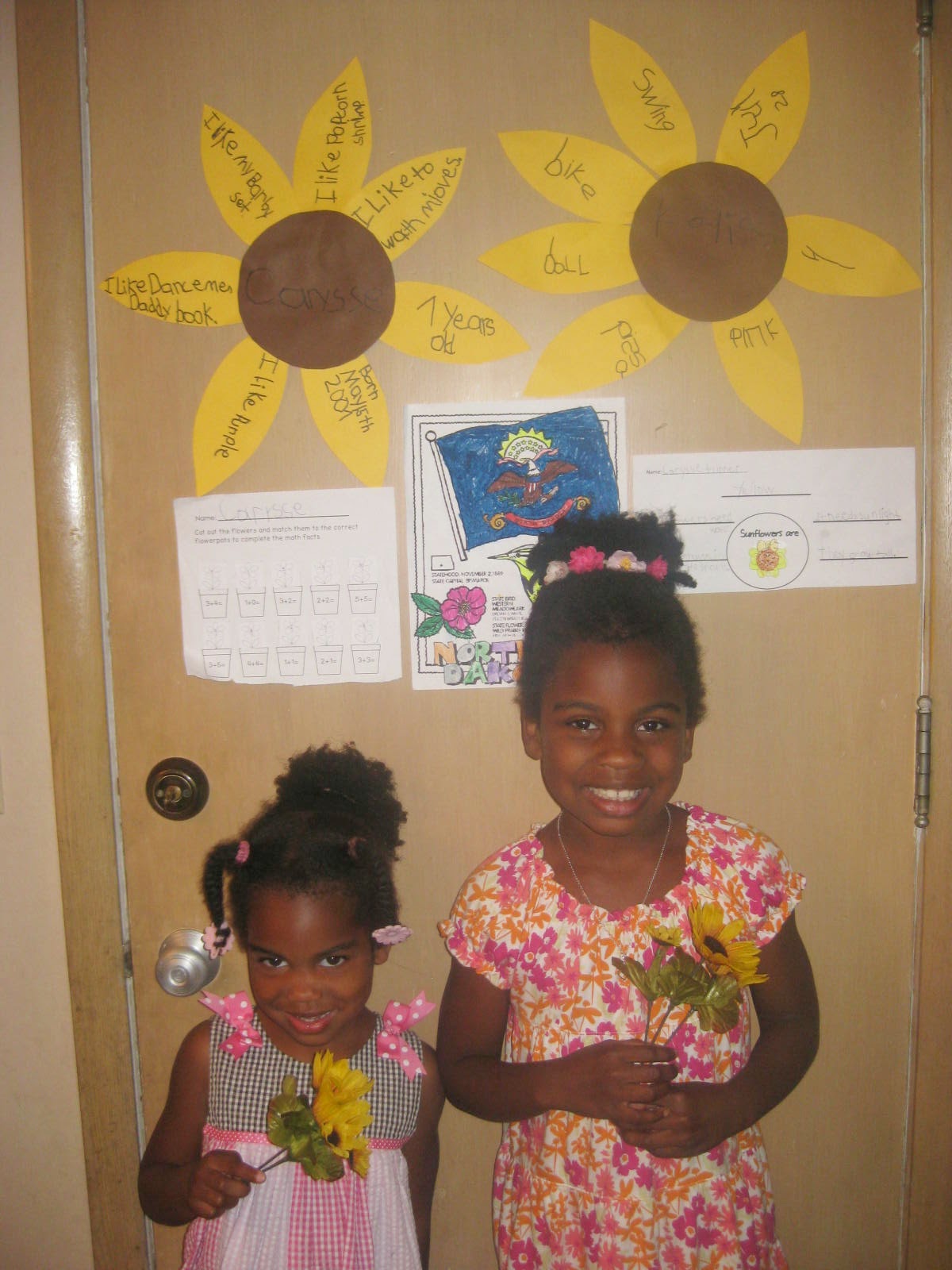 South Carolina Unit
Although Georgia is named the Peach State, South Carolina actually produces more peaches.  It is the second largest peach producing state with California ranking first.  Therefore, we thought it would be a "sweet" idea to focus on peaches for this unit.

After reading Katie and the Sunflowers during our ND Unit, we talked about still life paintings and artists.  The girls did some peach still life art of their own. 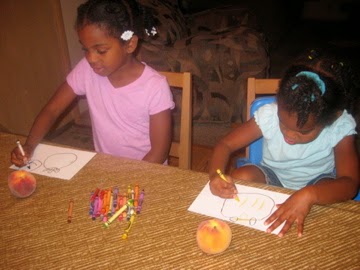 After reading From Pit to Peach Tree, they did this peach craft. 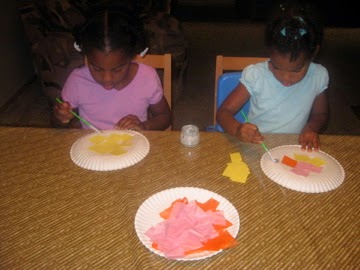 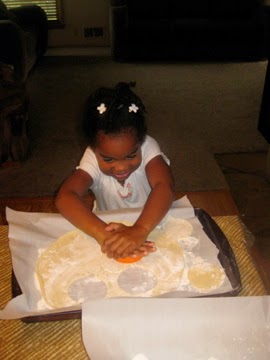 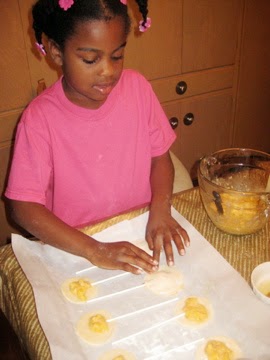 The girls were all into it...as you can see from the flour on their faces.  :-) 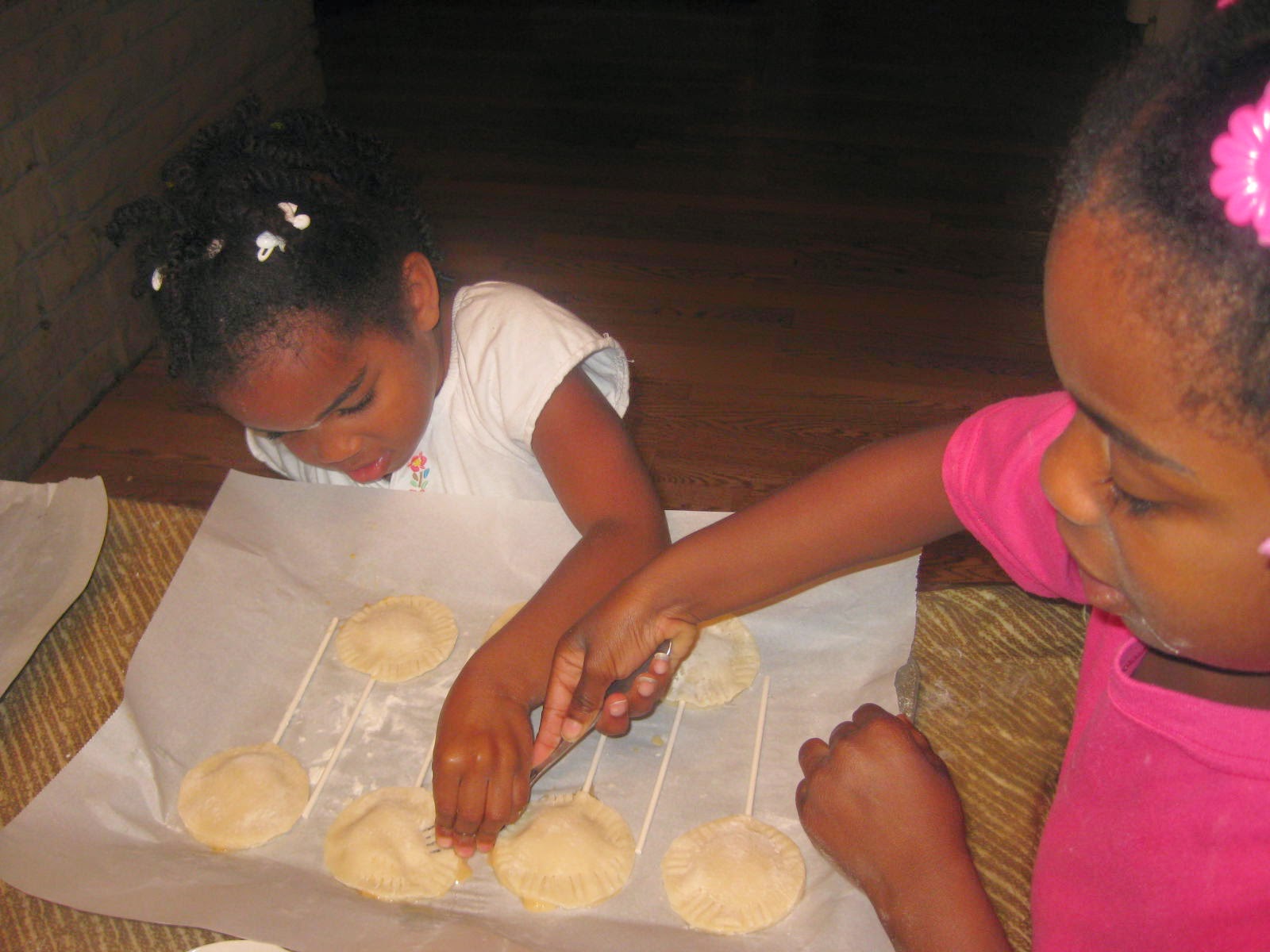 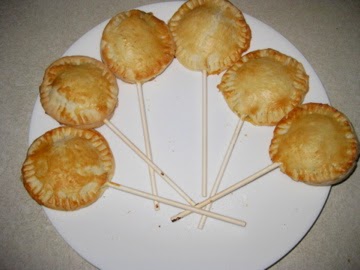 Baby bear enjoyed them the most...Yum! 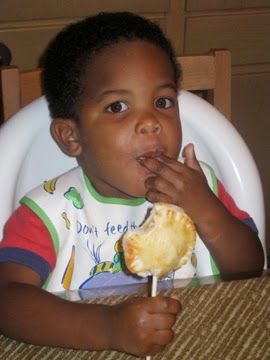 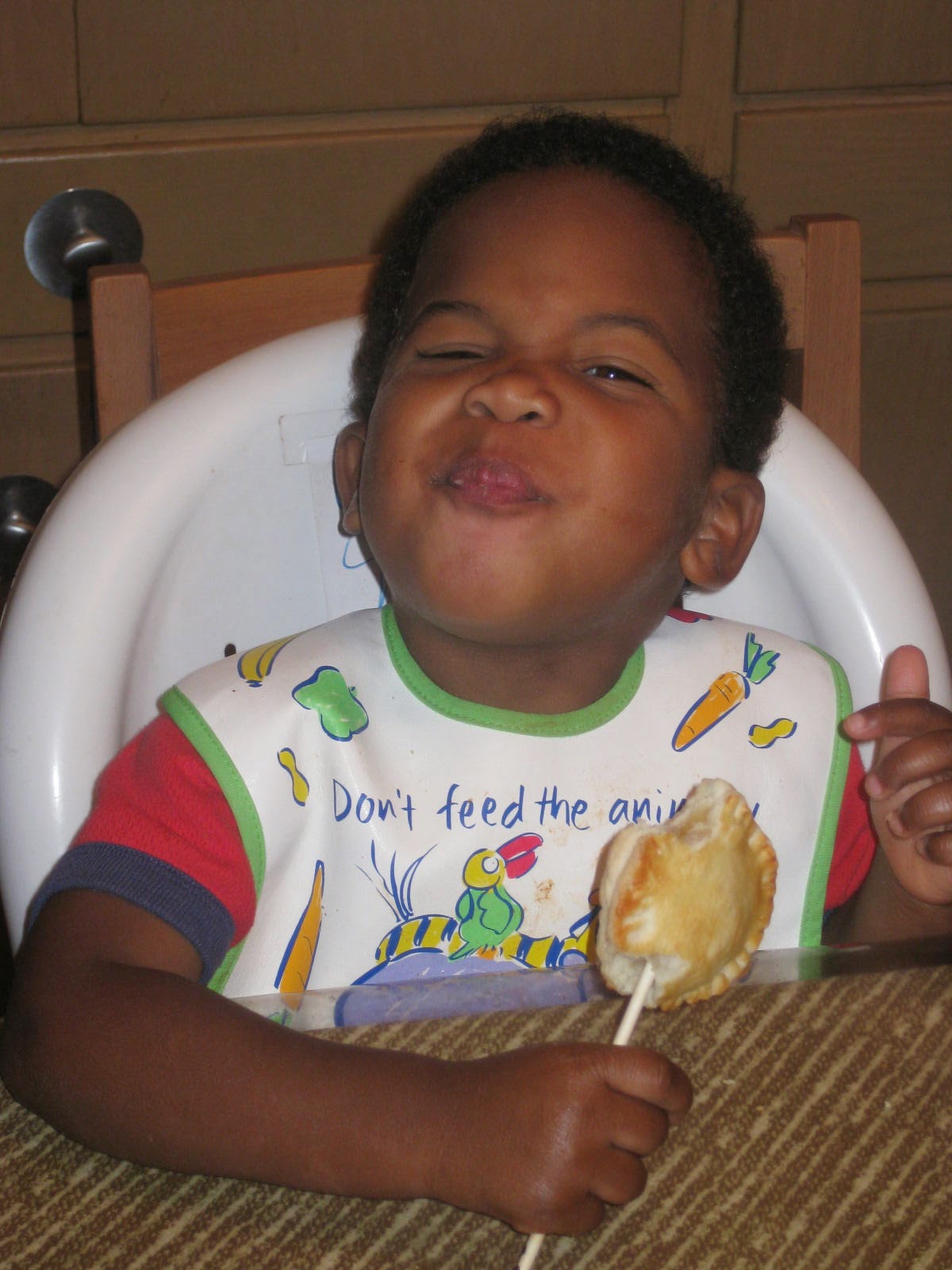 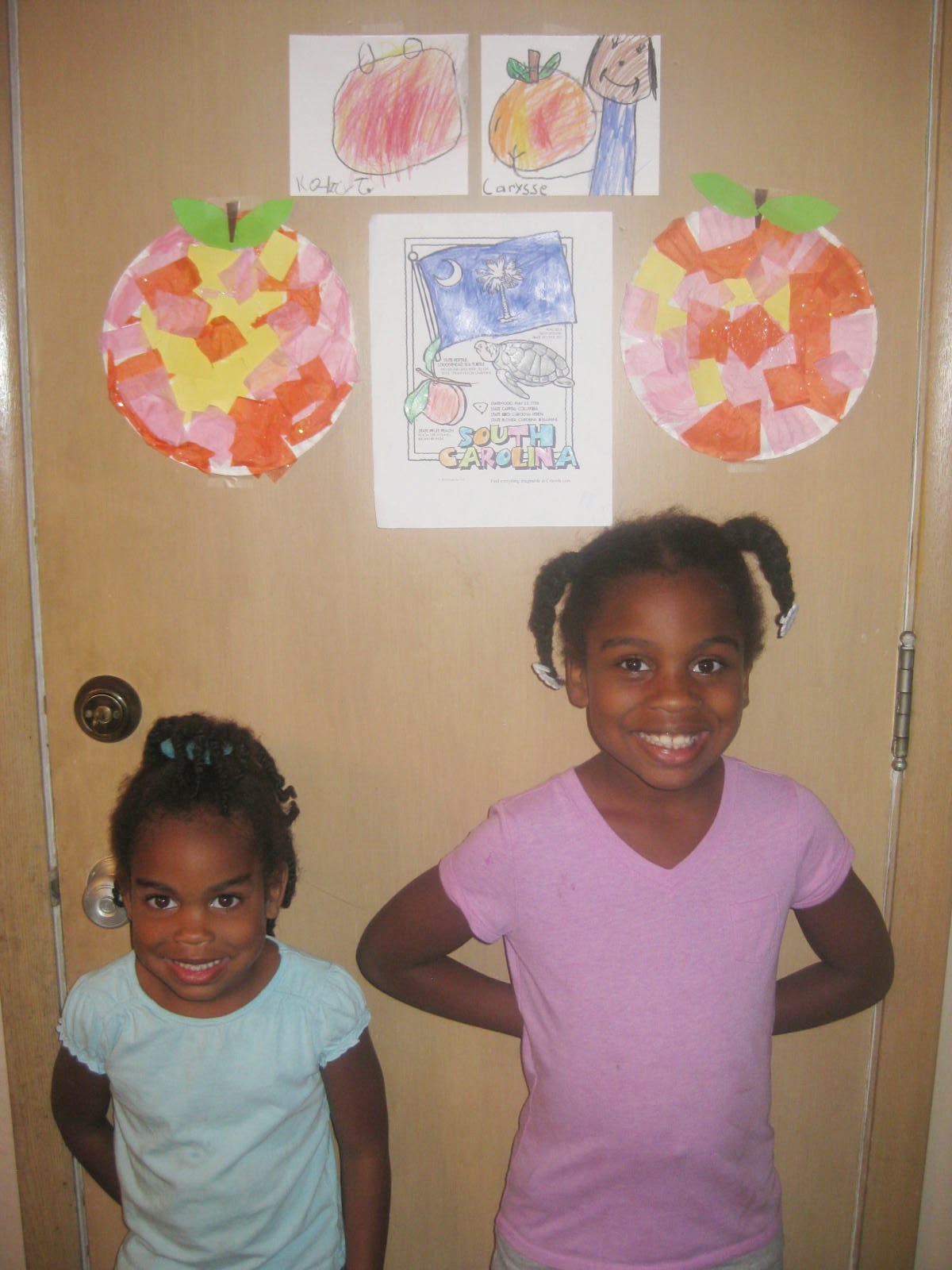 Vermont Unit
Vermont's state insect is the Honeybee.  Without this special insect, there wouldn't be any beautiful sunflowers or delicious peaches! Honeybees are super important to farmers because they are the principal pollinators of many of their crops.  Although we run away from them in fear of being stung, we tend to run to the pantry for their delicious honey. Bees are most likely the most useful insects on earth!

Another "Coincidence" - The same week we studied bees, this article was on the front cover of the newspaper!

Our verse of the week
Gracious words are a honeycomb, sweet to the soul and healing to the bones. Proverbs 16:24
We talked about the verse and did Honeycomb Art.

They also did a Bubble Wrap Beehive craft.

Books Reads - The Life and Times of the Honeybee, The Honey Makers, &
What If There Were No Bees

Thanks for stopping by!